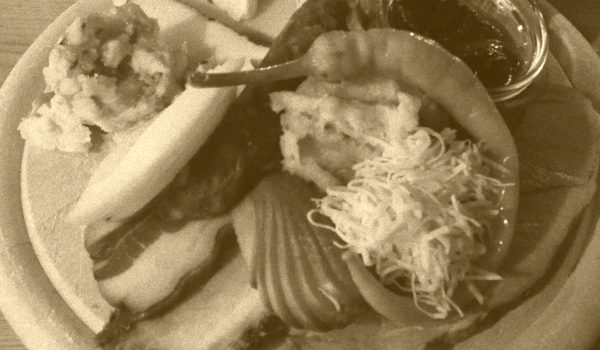 Quite possibly, 2018 will enter the history as the year of my life when I ate the greatest number of Brettljausen. The 74 planks that I was brave/crazy enough to consume not only represent a whopping 106% increase over the previous year, but they are also 5 Jausen more than my earlier record of 2015. And that is considering unique locations only. One particular restaurant required me three visits to come up with a review, and I also do not mind revisiting tried-and tested places like the Althammerhof or the Walcheralm, so the real number of Brettljausen that my stomach had to deal with was somewhat higher.

2018 will definitely enter the history as the year when the two top Brettljausen were eaten on the same day and in the same area, but more on that later.

2018 was the year of travels – 14 of them to be exact, counting only those with overnight stays. As a result, the geographical coverage of my Brettljausen has seriously expanded, in particular into Salzburgerland. Of all the states of Austria, only Vorarlberg still remains uncovered – a deficiency that I hope to eliminate in 2019. I even had a chance to go international with a nice little Czech Brettl, which also sets a trend I am going to pursue in the future. Moreover, the Jausen of 2018 were, on average, quite enjoyable; the mean score of 5.9 is a proof of that.

The third best Brettljause of 2018, and therefore the winner of the Bronze Brettl award, was served to me at Oberhofalm, one of the two restaurants on the famous alpine pastures not far from the town of Filzmoos in the Eastern Salzburgerland. Filzmoos, being so close to my favorite Ramsau am Dachstein, is a great place at any rate, but coming back to try the Jause of Unterhofalm, the second restaurant, is certainly within my short-term plans.

The two top Brettljausen of 2019, however, come from the Sausal region of the Southern Styria and were eaten on the same gloomy day of November the 9th, as I was riding my rented e-bike from hill to hill looking for open wineries (of which there were not many). The one of Weingut Schmölzer impressed with its spreads, but all the other ingredients, too, were good enough to earn it the Silver Brettl, despite the fact that I was the restaurant’s only customer for most of my stay. The Heuriger of Pichler Schober, on the other hand, was full of people, and I really envied their hunger, because had I been slightly less full, I would have happily devoured every crumb of the winery’s Jause. The restaurant has stayed on my to-do list for three years, and is a best example of why to-do lists are good. A truly wonderful Brettljause, totally deserving the year’s top award.

Not surprisingly, Pichler Schober has grabbed the year’s top ratings in all the major categories, such as taste, variety, authenticity and atmosphere/service. In the size category, nothing could compare to the sausage monster of Homolje Grill, a Serbian restaurant in Vienna’s 5th district. This dish may have been designed as a starter for four, but that fact was nowhere mentioned in the menu, and the price, though high-ish, was not at all unreasonable. The top value for money, however, was provided by the already mentioned Oberhofalm; whereas Homolje Grill served a lot of supermarket-quality stuff, the ingredients of Oberhofalm’s Brettljause were not only huge in quantity, but also authentic and extremely tasty.

So many eaten Brettljausen could not have left the Top 5 ratings unaffected, and here are the details. The great Pichler Schober marches to the fourth position among the top Jausen of the world and also takes the fourth place in the taste and variety categories. In terms of variety, it is closely followed by Oberhofalm, the new number five. Oberhofalm has also made it to number five in terms of size, but still cannot compare to the Homolje Grill’s beast, which now occupies the third place. In Vienna, the small Romanian restaurant Bukowina serves a brilliant and constantly changing “farmer’s plate,” making it the second best place to eat cold cuts in the Austrian capital. In Styria, Pichler Schober is the new number two, while Weingut Schmölzer wins the fourth place.

Changes have also occurred among the worst Brettljausen. The long-serving anti-champion Labstelle has lost its junk throne – not by improving but by simply removing the Brettljause from the menu. But worry not, the new king of rubbish is even more impressive. Whereas Labstelle was just an overpriced restaurant with an inappropriately named dish but an OK service, Heurigenschenke Wilhelm Busch combines a crappy Brettljause with a service that is so exceptionally bad, that I cannot even recommend visiting that place for fun’s sake. It’s no fun, and even the most devout masochists may leave the Heuriger feeling offended. If you want entertainment, on the other hand, pay a visit to Jamie’s Italian and make the same blunder that I have made. Read the review for the details, but even if I were not deadly embarrassed to go to Jamie’s again, I would not do it for the simple reason that its “cured meats plank” is laughingly inadequate, worthy of the 5th place among the worst of the worst.

Hurray to the winners and expect even more unhealthy food reports in the upcoming months.