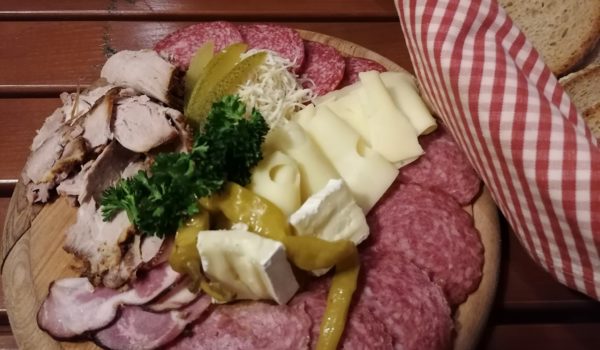 The “wine hike” on the last weekend of September is a good Viennese tradition. Three routes were available this year: a short and not particularly scenic one in the 16th district, a longer one between Stammersdorf and Strebersdorf in the 21st district, and the longest, nicest and most popular one between Nussdorf and Neustift am Walde. The idea is to invite people for a relaxing and healthy walk while providing them with ample opportunities to try locally produced wines or enjoy a glass of this year’s Sturm. That’s the theory. If you, like me, decide however to drink a glass of wine at every available stop along the route, the innocent hike suddenly transform into a brutal endurance game, and a highly enjoyable one, too.

This year’s hike took me to the 19th district, where I managed to get from Nussdorf to Grinzing, which is roughly a half of the longest route. Twelve wine stands were to be encountered along the way, and true to my intentions, I stopped at eleven of them, skipping one only because it shamelessly combined wine tasting with campaigning for one political party at tomorrow’s national elections. 11 small glasses of wine amount to nearly two bottles, so by the time I reached the restaurant where I knew I would find a Brettljause, I was quite glad that my journey was over and even looking forward to a bottle of mineral water, for a change.

In a way, considering the total volume of consumed alcohol, I am surprised that I can remember the Brettljause at all, especially since it did not really have anything to remember it for. As the picture shows, it was rather unbalanced towards salamis. Perhaps these were different salamis, but they looked all the same in the darkness of the garden and had, as far as I am concerned, exactly the same taste. The meager Speck was gone in a couple of bites before it could leave any impression, and the only positive side of the both cheeses was that they made eating the bread a bit more interesting. It is only the Schweinsbraten that provided some novelty by being much drier than usual. So dry, that they tended to fall apart when touched with the fork. Personally, I did not mind (and even liked) their taste and texture, and if I were to visit the Landhaus again – which is quite possible since I found its garden very cozy – I would most likely go for the “Winzerbrot,” which is nothing else but the Schweinsbraten and bread.