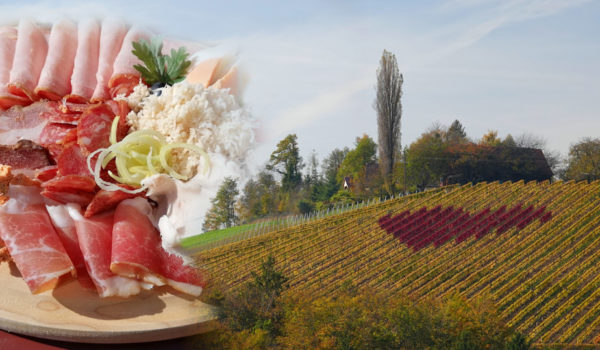 If I had to describe the Brettljause year 2019 in one word, it would be “unexceptional.” Boring, even. With 62 Brettljausen tried and tested, I was 16% down from last year’s ridiculous record, but then I never planned to beat it. I have managed to set a couple of new crazy records, however, namely three Brettljausen in one day and three consecutive days with two Brettljausen in each. Needless to say, I have no intention of beating these either.

I still have not reached Vorarlberg, yet I had some cheese and sausage in all the other Austrian regions except Carinthia. I also expanded my international outreach by paying a short visit to Spain, with a rather positive outcome. Thus, it was not a mediocre year because of my lack of trying. It was unexceptional because of the cold cuts’ mediocrity.

Like in 2018, the mean score was 5.9, so basically most of my jausing experiences were positive, but for whatever reason this year I could not find anything truly outstanding. In fact, not a single Brettljause got an overall score greater than 7 out of 10 and only one could manage an 8 in terms of taste. Can it be that I had visited all the best Brettljause places already? I will need to revisit my to-do list and get more focused in 2020.

In the absence of new champions, the top 5 list has largely stayed the same. The only alterations came because of a sad demise of the Schützhaus “Am Holzschlag”. That lovely hut on the slope of the Peilstein hill with its enormous Brettljause will be greatly missed. Because of its disappearance, the Reikersdorfer’s Presshausheuriger in Mostviertel is now the Lower Austria’s #5, and the Magdalenenhof in Vienna jumps to the top position in terms of size. (The new #5 among the biggest Jausen is now Waldstüberl-Weinhof Lamprecht in Styria.) Actually, the Magdalenenhof would require a revisit soon, for I am not completely sure that its Brettljause is still available.

Well, we might not have a decisive winner this year, but here are the three restaurants that have succeeded in delivering better Brettljausen than the others, even if the difference was mere decimal points.

The third place and the bronze Brettl go to the Polsterstüberl in Upper Austria’s Hinterstoder. Located close to one of the “officially most beautiful” locations in the country (the Schiederweiher), this restaurant convinced by its coziness as well as by the variety of ingredients on the board.

The silver Brettl crosses a few borders to travel to a tiny restaurant in Spain. Barcelona’s Casa Alfonso served me the tastiest Brettljause of the year, fortified by a varied choice of unfamiliar meats and cheeses and even a fish.

The overall points victory, however, belongs to Weingut Repolusk in the Southern Styria, the home of the last year’s two winners. While lacking the strong flavors of the Spanish delicacies, the ingredients of Repolusk’s Brettljause were more varied, much cheaper and perfectly presented. Besides, relaxing in a beautiful garden with the views over the neighboring Slovenian vineyard hills is infinitely more pleasant than sitting at a small table by a busy street and watching thousands of tourists pass by, even if the mentioned table is in Barcelona.

As for the worst Brettljause of 2019, I am afraid that title has to belong to the Maxing Stüberl near Vienna’s zoo. In my review, I mentioned that “if it ends up being the worst Brettljause place of the year, I’m going to pretend it did not happen.” But then I thought the restaurant would disappear in a matter of weeks. Judging by its still accessible website, it is still managing to stay afloat somehow. The only thing I know is that I am not going back there.