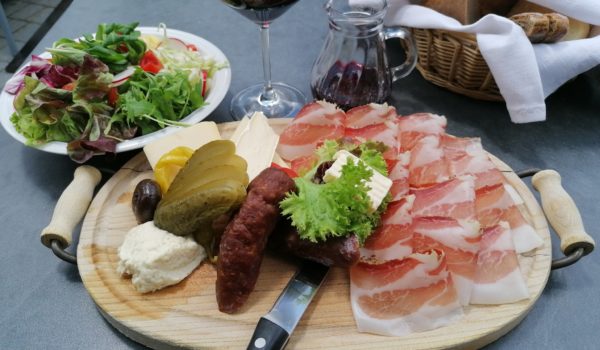 It’s amazing where Austrian buses can take you sometimes. Today it was the Staller Sattel, a mountain pass with a lake more than 2000 meters above the sea level, and a crossing to Italy just a few steps away with no border controls whatsoever, except a sign saying that one should drive between the countries in the first quarter of an hour only – a stupid unenforceable law that people seemed to follow nevertheless.

I walked a few meters into Italy just to try the coffee. I did not dare going deeper for the fear of being placed on a COVID-19 related quarantine for a couple of weeks (not that anyone was checking), but the coffee was good, much better and cheaper than the Julius Meinl that I’ve got on the other side.

There was also an exhibition of photographs right at the border, showing the sights of both the Antholz valley in the South Tyrol on the Italian side and the Defereggen valley in the East Tyrol on the Austrian side. While the Antholz valley’s pictures were all about sports, ski lifts, cheering crowds of spectators and biathlon stadiums, the Austrian photos showed half-destroyed huts, lonely mountain peaks and cows. Just to support the point, the mobile connection, running at the speedy 4G right at the border, switched to “no service” (not even “emergency only”) only 50 meters into Austria. No wonder why I met so many Italians crossing the Staller Sattel eager to get back to the nature.

Having said that, the Brettljause at the Oberseehütte was more Italian than Austrian. The thinly cut Speck and the Kaminwurzen were totally South Tyrolean, and I would have easily called the “Jausebrettl” a Marende had it featured a strong Bergkäse. Instead, it contained some pretty boring cheese, but at least three types of it, including a soft one. The salad was Italian, too, – fresh, but really plain unless you found the right combination of vinegar and olive oil to season it (I did not). Even the bread was served Italian-style, with four different types, including the hard tooth-breaking Schüttelbrot, which I had missed more that I was ready to admit.

Of all the four Brettljausen that I ate during my short holidays in the East Tyrol this year, the Oberseehütte’s one was easily the best and provided just enough compensation for my non-realized plans of spending two weeks travelling through South Tyrol this year. Better still, two other huts just 20 minutes away from the Obersee also had a “Platto Tirolese” on their menus. The Staller Sattel may see me again before long.