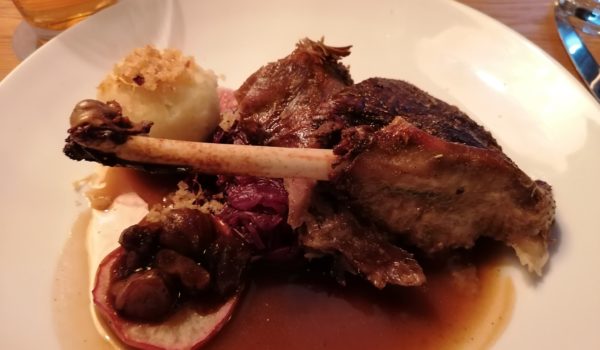 In case you have never encountered it, a couvert is a small (usually less than 5 euros) amount a restaurant will charge you in exchange for bringing you a little starter – a few slices of bread with olives, some spreads and so on. Apparently, it is quite customary in many European countries. Some people say you are allowed to refuse a couvert or, at least in principle, the waiter is supposed to ask you beforehand if you want the couvert or not. In Austria, a couvert is normally a sign of a fancy restaurant, and you can be sure that the waiter will never ask you for the permission to bring it. Moreover, the couvert’s amount is always explicitly mentioned in the menu.

In fact, I quite like the idea. There is something adventurous in getting a mysterious dish even if you have to pay a few euros for it. I just wish restaurants would somehow randomize their offers. Like, on a bad day, you would get a slice of stale break for your couvert, while the next day you could end up with a bowl of black caviar.

In the case of “Zum Herkner,” a small restaurant in Neuwaldegg on the outskirts of Vienna’s 17th district, there was no caviar, but the couvert – three types of spread with extremely fresh bread – was excellent. Had they expanded it with some ham, salami, and cheese, they could have ended up with an award-winning Brettljause. Instead, they ended up with a couvert that was infinitely better than the main dish, the goose.

While most restaurants these days – for the reasons I can only speculate on – serve goose legs, the Herkner decided to be fairer and delivered the leg with a small piece of a goose’s breast. Obviously, the breast came from a different goose, though, for it was quite juicy and fat and was eaten in about two seconds. The leg, on the other hand, was quite meaty but terribly dry and devoid of salt. I am rather used to dry meatless geese, but this was quite a new experience – biting into a thick chunk of meat and then spending a minute chewing it, while taking small sips of beer just to moisten the bland meat.

The dumpling was not much better; a few bits of something (possibly a baked onion) on the top of it initially provided for some variety, but the inside was tasteless and boring. As for the cabbage, it had a flavor that I struggled to identify and continue to be unsure about. There was something inherently plastic-y about it. Even the chestnuts tasted strange, more gluey than usual.

The sad thing is, I am sure that the food at “Zum Herkner” is generally quite good. I will happily go back there and eat a schnitzel or a Zwiebelroastbraten. The restaurant also appears to have a pretty inner courtyard, making it a pleasant destination on hot summer evenings. I am afraid it simply made a mistake trying to cook a goose with neither equipment nor the skills required for that.