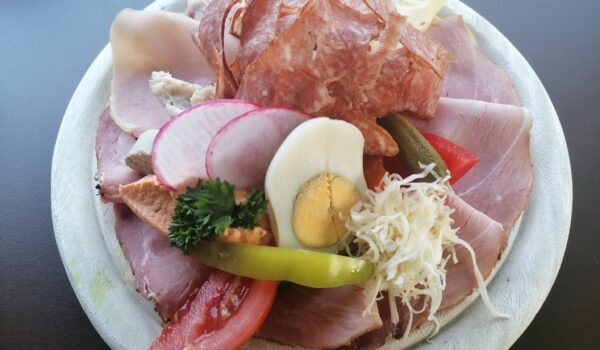 “The bike is fine, but the light does not work,” I told the receptionist when returning the rented e-bike after the first day of cycling.

“The batteries must be empty,” the receptionist replied.

“The light still does not work,” I mentioned to a different receptionist the next morning, when picking up the bike again.

“Uh, must be broken,” she replied, obviously less technically gifted than the first one.

“Well, maybe it would be a good idea to fix it, because there is a fairly high chance that later today I will need to cycle downhill on a roadway at a breakneck speed in complete darkness while being more than a bit drunk.”

Alas, I did not say the last sentence, for the fear of not getting the bike at all. Besides, hardly anyone going cycling in the hills of Southern Styria can remain sober for long. It’s kind of obvious.

She did offer me the helmet though. “Hell no, thanks.”

Actually the light would not have been a big deal had I not spontaneously decided to have a Brettljause at the Tschermonegg. Until then, I was quite on time if not for cycling all the way to my hotel before the darkness falls then for at least reaching the bottom of the hill. But the Tschermonegg looked too good, having a nice terrace overlooking the hills of the Southern Styria and Slovenia colored by the last sunset I would enjoy here this autumn. I did not even care about the Brettljause much, having had another one just a few hours before, all I wanted was to savor the last minutes of warmth while taking care of the thirst.

I should have cared about the Brettljause, however, for it was the best of my Styrian holidays this year. Basically, a combination of many high-quality ingredients featured by a couple of slices each, it was not boring to eat and not at all heavy. It is hard to see it on the photo, but the variety of meats was impressive, the Schweinsbraten with a wonderfully crunchy crust being particularly enjoyable. If I had to remove a simple ingredient, it would be the liver sausage, which, unlike the other meaty stuff, looked quite industrial and tasted quite a lot of liver.

I did survive my way back, obviously – otherwise you would not be reading this – but the journey was less than enjoyable. Early on, a couple of car drivers stopped next to me pointing out that I forgot to turn the lights on. What saved me at the end was a pocket LED torch, a gift from my friend, that I used in place of the bike’s light whenever I heard a car approaching. Still, it was a dangerous 25 kilometer-long ride, and having reached the hotel I make it quite clear that having the light working would be in the hotel’s best interest considering that I have not yet paid for my stay and the bike rent.

Somehow unsurprisingly, the next morning the light did not work either. I guess the second receptionist was right: it was broken.