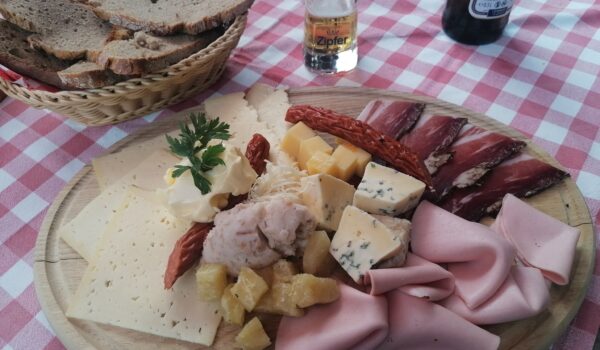 Let’s start with the basics of holidaying in the Alps. First and foremost, the Alps have valleys. A valley is a sort of a long area, surrounded by mountains on both sides and ending with a dead end that, if you are lucky, might contain a rather picturesque glacier. If it does not (which the current global warming makes increasingly likely), look at least for a restaurant with a nice view. Finding a good valley is important because this is where buses operate, and the last thing you want in the Alps is to find yourself drunk in the darkness somewhere 15 km from your hotel without any other way of reaching your bed than, well, with your own feet.

Lesson number two: main valleys have sub-valleys. These are the things sticking left and right off the main valley that are generally much more beautiful and have stuff like real peasants milking real cows and making weird stuff out of the milk, such as the Graukäse. The problem is, they don’t have busses driving through them, so the best thing you can hope for is a “hiking bus” or a taxi that would take you somewhere nice and help you avoid straining your legs for three hours.

In the case of Stubaital, the Oberbergtal is a sub-valley like that. It does not look far on the map, but taking a taxi is a very smart decision. In my case, the car dropped me somewhere half-way because of a stone-slide later on, but still saved me a couple of hours of boring walking. The taxi is operated by a hotel that shares the owners with the Oberissalm, so in normal circumstances you can reach that hut rather easily and have enough time to plan your next move, like walking higher up to the Franz Senn Hütte or saying “fuck it all” and ordering some beer and a Jausenbrettl. In my case, I was rather time-limited, as having still decided to reach the Hütte, just for the sake of it, I ended up in the Oberissalm as the last customer.

The Alm prides itself of serving its own produce (it’s literally written on the hut’s walls), so finding a supermarket-originated Kabanos (Cabanossi) on the Brettl was a kind of a negative surprise, especially because volume-wise, it was totally unnecessary. The Jausenbrettl contained enough authentic stuff to keep one happy and fill one’s stomach.

Apart from the Speck, cut in thin slices that were still twice as thick as customary, the Jause was very cheese-oriented. All the cheeses had taste, which made me happy, the mountain cheese, cut into small cubes, especially. The famous Tyrolean “gray cheese” is still something I don’t totally appreciate, but it being almost fat-free does, I must admit, add to its credibility, though I will probably die before I can take advantage of all its benefits. The butter was fantastic again – I am really starting to consider Stubaital superior to Salzburg when it comes to fresh butter – and the Grammelschmalz was so tasty and fat that it filled my stomach straight away, making me leave some cheese and Speck aside as practically unmanageable.

The only thing that annoyed me big time was flies, which were keen on consuming my Brettljause before me. The funny thing is, once I left the restaurant, I was chased by a particularly annoying fly for almost ten minutes until I bumped into a sign saying “beware of bees.” So not all flies were the same, after all. And really, consider ordering a taxi back. You might spend extra five euros and miss a few nice surroundings, but you will not end up dehydrated like me, having to compensate my stupidity with liters and liters of wine, beer and mineral water.